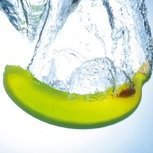 Leo Sieben accepts the community-given names of his TNT music tracks as official!