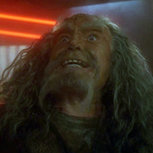 How'd you get into Doom, anyway?

By Kor, April 4 in Doom General