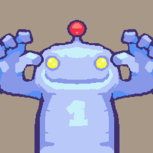 What is the most memorable midi you've ever heard in a doom map?