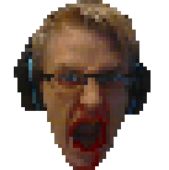 By Kaapeli47, September 22 in Multiplayer Doom