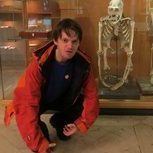 Many cases against religion and superstition

By Fredrik, September 5, 2005 in Everything Else