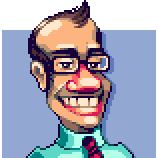 And the Winner is...