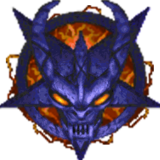 Doom 4 to have "30 demons crawling all over you"