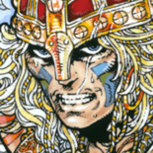 Rain aka. Rainy Base