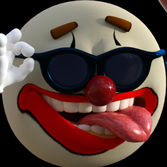 Doom Will Be 20 Years Old In One Week!