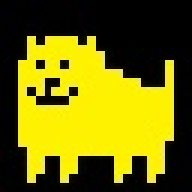 Some shitty wad i made (first) Riki's adventure