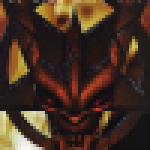 What would you want added from an expansion?