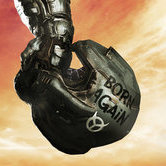 The Night Sentinels Full Story based on codex entries