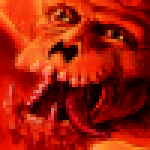 [SPOILERS] Just finished the campaign on UV (Thoughts and impressions)