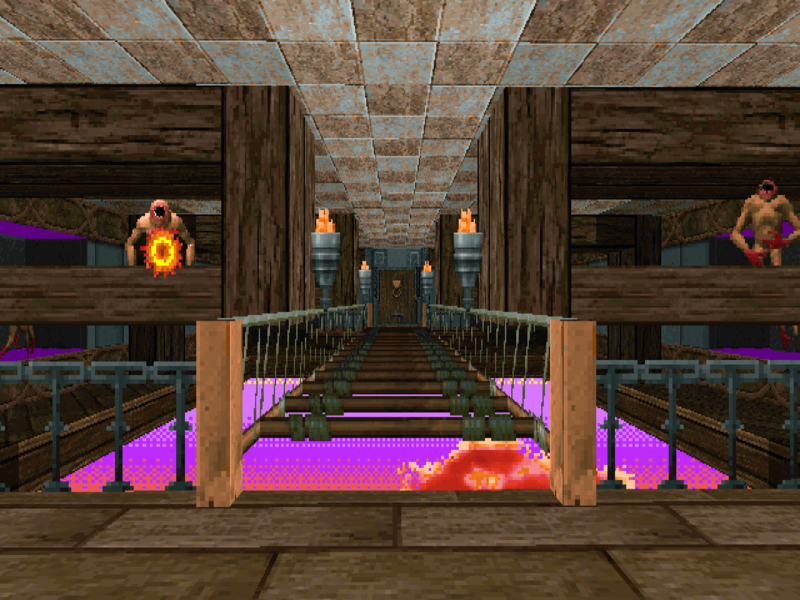 What is this?
It's a vanilla TC set in a fantasy world that feels vaguely Norse or Celtic. You are a warrior recently returned from war, only to find your hometown massacred by hellish creatures. From there you set out to find revenge. Pwad is for use with doom.wad (Ultimate Doom 1.9) or freedoom1.wad (phase1).   10/11/2021: There's a paid version out there now, but an update for the mod will follow soonish (hopefully). Just some fixes, GZDoom stuff like widescreen art and such... That sort of thing. It'll essentially be the same as the paid version, but with the original bonus episode instead of the new one. So no new monsters etc. It sounds easy for me to type out, but I'm sure I'll break something along the way.   27 maps + 8 and 1/2 bonus maps
Over 10 monsters
All new weapons
All new music
All new sounds
All new graphics
All new everything   It should run in just about any engine you throw it at (few exceptions). For ZDoom variants, make sure your compatibility settings are for Doom (Strict)ish, and don't jump or freelook or you'll break the visuals/everything. And for GZDoom, don't load lights or you'll get double lights. Thanks to PopSoap10, this isn't a problem anymore.
Should run fine in coop. Many maps that weren't well suited to DM have extra arenas floating in the void for that purpose.
Hope you like it.   Download a little standalone zip (uses Chocolate Doom) at: http://manbitesshark.com/ Thanks to LupinxKassman, for the iwadifying. You can run the iwad itself in other ports from a shortcut like this: gzdoom.exe -iwad REKKRSA.iwad eternity.exe -iwad REKKRSA.wad  (or turn on iwad autoscanning - which is very cool) In GZDoom the iwad version may not play nice with OpenGL, unless you change the extension to .iwad   PWAD version: https://tinyurl.com/y5oqqf45 Requires doom.wad or freedoom1.wad   Trailer, by Sarioya:   Credits: