Abysmal. I'll never live this one down. I thought that missile would fly over my head. Instead it carried at least 70 damage, bullshit.

With only Alfonzo on the board so far I'll be entering at the bottom, and that's where I'll be staying, unless Jimmy delivers! :^)

Everyone find this guy and beat him up You may have picked a bad wad if you're trying to kill DotW. Back when he was first getting me into Doom, in 2004-ish, he mentioned this wad as being one he was particularly fond of.

If you want to kill DotW and everyone else? CHILLAX! It's not even fair but who cares Alfonzo will get his enjoyment out of DotW dying.

I know the feeling, Alfonzo. It took me over 30 maps before I got my first DotW pelt, after putting myself through sheer playtesting torture in pursuit of this prize. When you die north of 50 times in your own map, then send it his way, drooling over the certainty of a pelt, imagine the horrible, sinking feeling when you see him master that map as if it were a kindergarten exercise. I've never scalped him in a Doom 2 map, though. That will be the next milestone.

Damned marvelous to watch him play, though, isn't it?

I started my run, just to realize on map 5 that i was playing on HMP... well, see you next thread, eheh.

EDIT : Run ended on MAP08 due to an inescapable pit set right below a teleporter, what a load of garbage.

what a piece of shit wad, locked in on map 08 to linedef skip, lol.

At least I didn't die... this is why you wait for other people to do the ironman first so you can avoid stupid things like this. Linedef skip happened around yellow key area, so don't sr40\sr50 there I guess.

edit: different place than joe-ilya too, apparently there are several places this can happen.
edit2: just to correct myself, I had fun on the first 7 maps, I'm sure the wad isn't bad if you play it outside of an ironman challenge. As far as I can tell all 3 were linedef skips, and a quick look in doom builder it only looks like there were 3 (2 west and 1 south) that were possible to skip that would break the map, funny how we ran into all of them. Probably best played in zdoom or so to avoid them though.

lol, I predicted MAP08 would be That Map, but this isn't really what I had in mind :P

Different spot than joe-ilya or ZM too. A lovely map for sure.

I have nothing to say about this one
http://www.mediafire.com/file/3xnn5x3yz7x3sqe/10seccb.lmp

Map03, roasted by a stupidly placed archie, I am not even sure how he even got me. Yeah I don't think I will replay this one even after the first 3 maps, very sloggy with badly placed mid-tier monsters, the exit room of Map03 is just ridiculous.

I just replayed Map08 all the way through on -complevel 9 and didn't have the map break, so Works On My Machine™.

Died in map09, ate a rocket while telefragging a cyber in map08 (nice design!) so went into map09 without the best hp.

Edit: Continued playing after my death, got stuck in the next map... This wad sucks for ironman.

I'll be running this at 8PM GMT tomorrow. If time zones are too much for you, then just look at this in about 22 hours.

Okay, this is borderline disasterous. I could have tested the wad more in advance; didn't encounter this degree of brokenness in my past playthroughs.

Should DNFs get a second go, perhaps starting from the same map? Sucks having to wait a month before your run gets shut down by some backwater map that's held together by blu-tack. Is uploading the DNF demo and then continuing from pistol start an option, here?

In any case, here's a WAD that TGH just uploaded correcting yet another show-stopper on Map16. Thanks, TGH! You'll want to load this alongside the main wad file. Details are within the text file.

On that note, it looks as if the reason for all these MAP08 DNF demos is indeed, as assumed, linedef skipping. It assumes the player will never, ever skip any linedefs, which is a reasonable assumption if you assume players will only use ZDoom, but not if the player is running in Boom or any other engine compatible with it like PrBoom-plus. As a result, MAP08 is so fragile in those ports that skipping even one linedef will result in breakage.

The good news? Eris has been avenged by me as I smacked down the skeleton that kicked his ass.

The better news? Map 8 didn't give me a perma stuck situation!

The bad news? The last room of map 8...well, I figured out why Eris was expecting this to be "That Map". 5-6 minutes of swearing later and calling this room bullshit (and it is with its horrid design), I eat one too many rockets to sustain life and shuffled off this mortal coil. 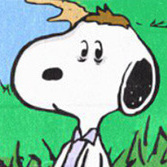 Played totally blind. Got trapped in a room on map13 because of a one time rising floor leaving without me. Mildly irritating to say the least! Demo here.

I suppose it's not too surprising to see janky map behaviour and linedef skip problems given the constraints the project was made under.


Mhm! Here's a one hour buffer post before I tear this bubblegum mapset down off the wall. It's an interesting set, and one that I thought was suitable for Ironman. I was wrong - at the very least on account of its being broken in so many places. If there are any objections, you can use this time to raise them. The 30th of September can crown the very first (hopefully only) one day ironman champion and then crawl off to die.

In the mean time, I'll find something robust. Apologies to those who took time out of their day to attempt a recording. cannonball's outing was at least worth the price of admission :)

Ahh, the classic cyberdemon rocket flies past you but nicks something adjacent to you, one of my favorites

It's actually the 30th where i am still, but after i looked in this thread and realized this set might be trashed, i decided to play it anyways as ironman practice.

Map07 started getting spooky with the first Cyberdemon, Map08 was spectacular in it's gimmicks; i must play more

Khorus' Speedy Shit is now in the hotseat. Everyone gets a second go. koren takes out the Diet Iron Chocolates and I get a slap on the wrist for picking something terrible. Good luck!

Khorus' Speedy Shit.. Mmm, never played this one, but the name sure sounds interesting. Expect a demo from me today or tomorrow.

It stands for "Did Not Finish" 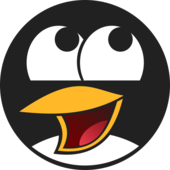 Died on MAP07. The monsters at the end of the previous map softened me up, then a revenant finished the job. (The one time I put together a decent run, and the mapset gets changed. FML)
0

Decided to take a crack at Khorus' Speedy Shit before going to bed, a great sign of success going forth. Had some close calls, but I made it all the way to map 13 before I went sailing right into a cybie rocket not meant for me. Gotta love it when those kind of deaths happen, am I right?

Ah, KSST. I reckon you're likely going to get your wish with this one, Alfonzo, since I don't really know this one very well. I'm certain I've played at least some of it before, but I may or may not have actually finished it....as I recall I didn't actually like it that much, TBH--gonna have to trot out the ancestral trump card of the unwashed masses and say it seemed more than a mite "samey" to me after a while, I think--but maybe that'll change with a second look, so I'll try to find the time to die horribly and painfully before the month is out.

I'll be running this at 8PM GMT tomorrow today. If time zones are too much for you, then just look at this in about 22 9 hours.

Ok, i'm the worst player on Earth. I literally died on the very first map.
Here's a demo of my epic failure: https://www.dropbox.com/s/dqxysn1akuscsir/ld_kssht.lmp?dl=0.

I deserve all the humiliation.