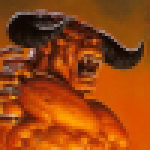 DOOM for the switch?