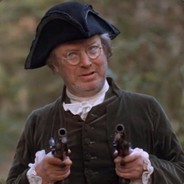 Hi, I'm using Slade3 for creating a wad that replaces all music, some sounds and all monster's textures. I also want to have a new Keybind for player's taunts. I have figured out how to replace sounds and music easily, just be importing to the wad and changing the names on SNDINFO folder.

However, importing images and replacing them doesn't work for textures. it works perfectly for Flats (wall textures), but not fire balls or monsters, etc. I have no idea how to replace them, i even just tried to edit the original monster's texture by drawing a black dot on them, but didn't notice a difference. I'm Stuck on that, so i set that task aside.

He is my sndinfo for the player taunting. bare in mind, i copied this code from other mods and changed varible names hoping in vain it would work. SNDINFO and KEYCONF are my only txt files i have.

And here is my KEYCONF

when i ran the game, and pressed the taunt button (Y), it said P_startscript unkown script 3001. Original my puke number was 100, but i noticed it say 3001 on the console, so i thought changing it into 3001 in Slade would fix it.

I made this post because i noticed alot infoi find is abit old from 2004.