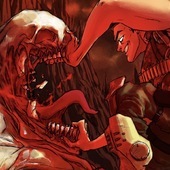 My First WAD Ever