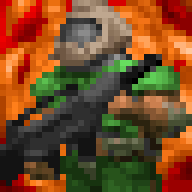 Mocha Doom is not dead