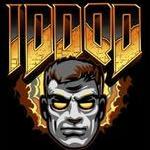 Ever thought about working for a gaming company?