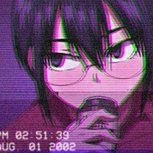 By tracermemes, December 22, 2017 in Everything Else