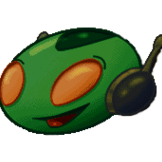 Mountain Base - My first release