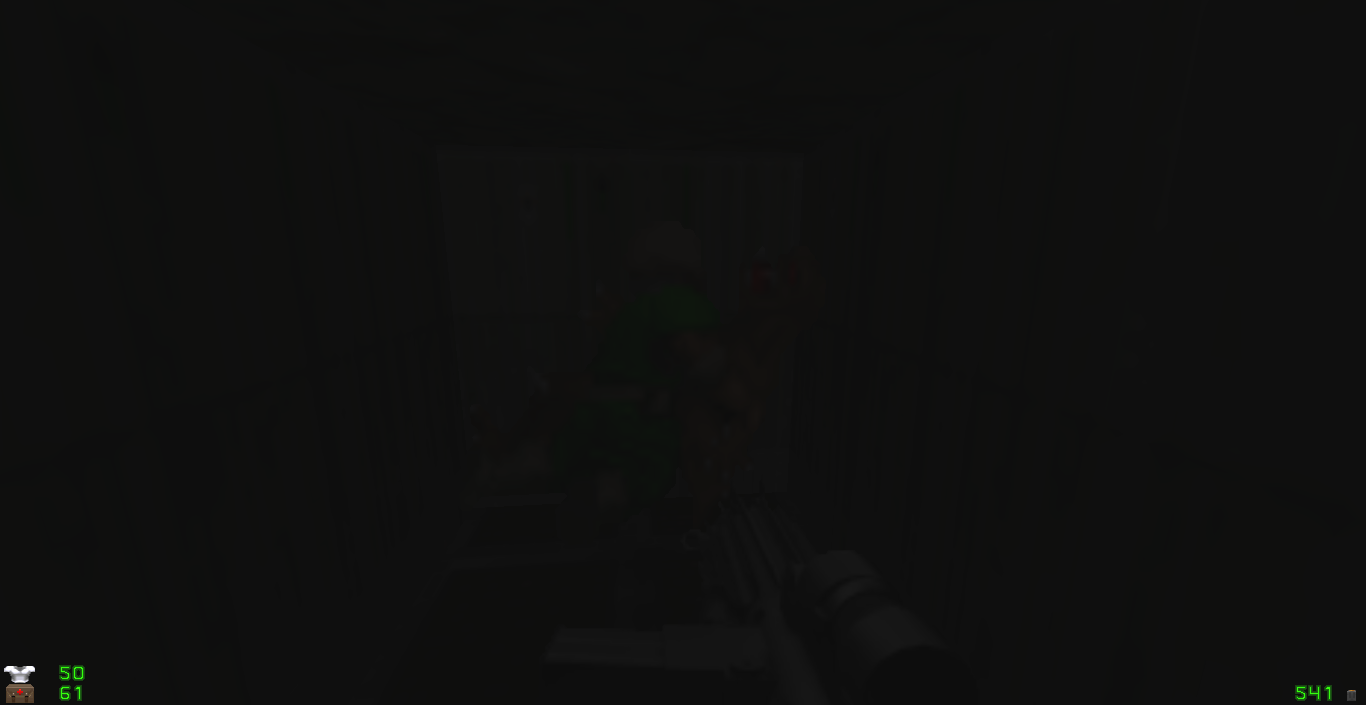 Doomed in SPACE: Now on idgames!

Hello Doomers, today I present you with the finished product: Doomed in SPACE! 13 Sci-Fi themed maps for ZDoom-based ports.   Now on idgames! https://www.doomworld.com/idgames/levels/doom2/Ports/d-f/d_space_v2   DOWNLOAD IT HERE: http://doomshack.org/wads/d_space_v2.zip     The story: The year is 2088. The UAC's current goal is to remove the line that separates men from machines. Certain undesirables are sacrificed, analyzed and experimented on for the sake of progress. The promise to integrate more effective weaponry directly into the human body keeps the research funds flowing in.

You are one of the UAC's victims - a genetically modified bounty hunter. You were stolen from your home colony as a child but proved harder to control than most of their young test subjects. Using your increased speed and strength, you managed to kill the men guarding your cell and escape in a stolen shuttlecraft.

That was 18 years ago. Crime is the only means of survival you have ever known. Once again, you find yourself locked in a cell, at the mercy of the UAC. An armed medic comes through the door and into your cell. As he checks your vitals, you quickly grab his head and snap his neck. His body lies on the floor and the gun is now in your hand. It's time to escape!

The rules:
You MUST play with freelook ON. Jumping and crouching must be turned OFF. You must also turn the 'infinitely tall actors' flag OFF, as there are several 3D bridges used throughout. Difficulty levels have been very thoroughly implemented, so if you're finding the maps too hard or too easy, simply adjust accordingly.

The maps: Map01: Escape! by Crunchynut44 Map02: Shuttle Maintenance by Doomkid Map03: Toxicity Control by Bootleg Guy Map04: Foreign Planet by Mosshopper Map05: Überraumstation by UberGewei Map06: Wheel in the Sky by Empyre Map07: Terra-6 Planetary Base by Fred512 Map08: Deep Space Installation by Doomkid Map09: Genetics Lab by Doomkid Map10: Command Station Zulu by Nevander Map11: Asteroid Refinery by Angry Saint Map12: Space Waste by Crunchynut44 Map13: The Speed of Skree by Pinchy   The new stuff: There are a wide array of new enemies and weapons, lovingly borrowed and modified from a variety of sources. I don't want to give too much away - Play it to see how everything works and expect a few challenging changes that keep you on your toes!
The credits:
Obake (Wavegunner), Doom64, Duke Nukem 3D, Strife, Wolf3D, Star Wars: Dark Forces, area51.wad, equinox.wad, anubis.wad, skulltag.wad, Complex Doom, ChaosCore CTF (Map10 sky), Doomenator (title card). A very special thanks to Crusader No Regret, Obake and Liberation for playtesting and comments.   The ports: This has been tested in ZDoom, GZDoom, ZDaemon, Zandronum and Odamex - works in each one. Sadly does not run in PrBoom+ as there is no railgun support.                       DOONLOOD: http://doomshack.org/wads/d_space_v2.zip

If you enjoy Doomed in SPACE, please be sure to let us know. I'm sure that everyone who worked to make this project possible would love to hear your feedback, positive or negative. Thanks!   EDIT: Adding the soundtrack as I've gotten several requests for it now.     Enjoy!