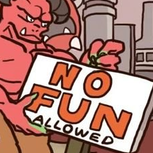 I Will Program Small Doom Utilities For You

I wanna write some programs for y'all.

EDIT 2014-07-08: ...but not at the moment. Kinda busy with other things. Feel free to alert me about issues in existing programs, though!

UPDATE 2014-06-21: These utilities are now on Github!
https://github.com/MTrop/DoomUtils


Why do you want to do this?

During an interview that I did for Tango and st.alfonzo, Tango mentioned (or hinted at) that there may be some demand for small utilities that do helpful Doom-related things (mostly simple, often-overlooked things). I could also use the mental exercise, so I am offering up my services to program a bunch of utilities that the Doom community could need. It would also provide me with an opportunity to be more involved. Hopefully, I'm not biting off more than I can chew, here.

As an example, I wrote something for Xaser for texture replacement for his Hacx 2.0 project a while back. It took a list of textures and flats and a map and replaced each texture with the new names. Stuff like that. Batch replacers, translators, convertors (both map and graphic), inspectors, simple asset browsers, or mergers (of WAD contents/map information).

Stuff outside of the scope of this exercise would be complex front-end launchers, random content generators, node builders, fully-featured editors with provided interface... you know - big things.

What will the programs be written in?

The programs will be written in Java, and will be distributed as Java (JAR only), and Win32 EXE requiring Java (I tried to make it standalone with Excelsior JET - turns out that you need even more than just the executable, so that's not feasible). I could also write some J2EE-related stuff, if somebody has an idea for something quick that I could write for the web (of course, this would not be a downloadable program).

Will you release the source code for them?

Sure, if possible (and requested). They'll probably use a lot of common code, so I'd have to take some extra time to organize it so that I can release it painlessly. The programs should be compile-able under Java 7, and I'll list the third-party libraries that each program will need, if any.

What are your credentials?

I do this junk for a living, and have been doing some Doom-related programming recently, notably this, this, and this, though that last one is PHP and not Java and technically not Doom-centric.

How do I request something?

Tell me what you would want made, and if enough people want it, I'll get started. Be sure to include: Is it Console or GUI-driven (command-line or windows and junk)?
What would it do?
How would this be useful to you or others?
As always, I will set the priority in which stuff will be completed, and if it can be feasibly completed.

Don't be shy! If you are unsure about the scope of a project, just ask!